A TRIP TO COOK ISLANDS 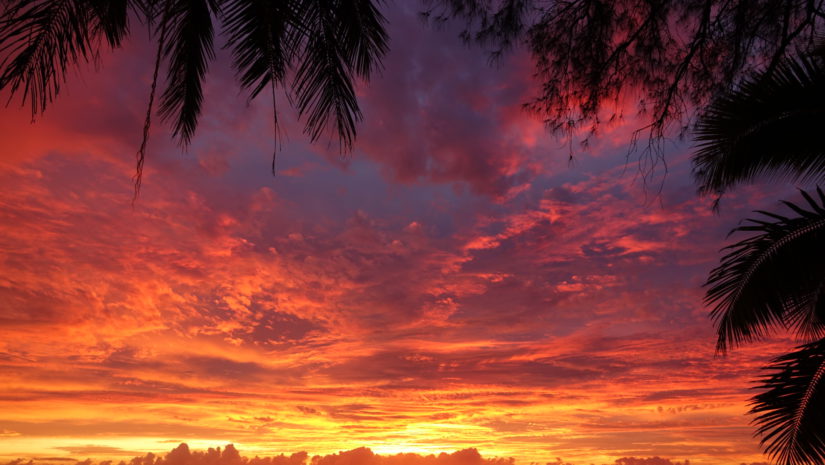 We travel to Cook islands from New Zealand where we spent 2 months cycling. We made the most of this trip to go to these remote islands, as they are not very far from here! From Europe, it would have been longer and a lot more expensive!

We bought the plane tickets online with Jetstar, Australian low-cost. They have a daily flight from Auckland to Rarotonga, the main island of the Cook. It’s a 4-hour flight and that’s funny because you’ll pass the international date line. We left on 28th of January at 7.30pm and we arrived at 0.30am… the same day 28th!!! So we lived twice on day 28! But we came back at 1am on 4th of February and we arrived Auckland at 4am… the day after, 5th of February!!! 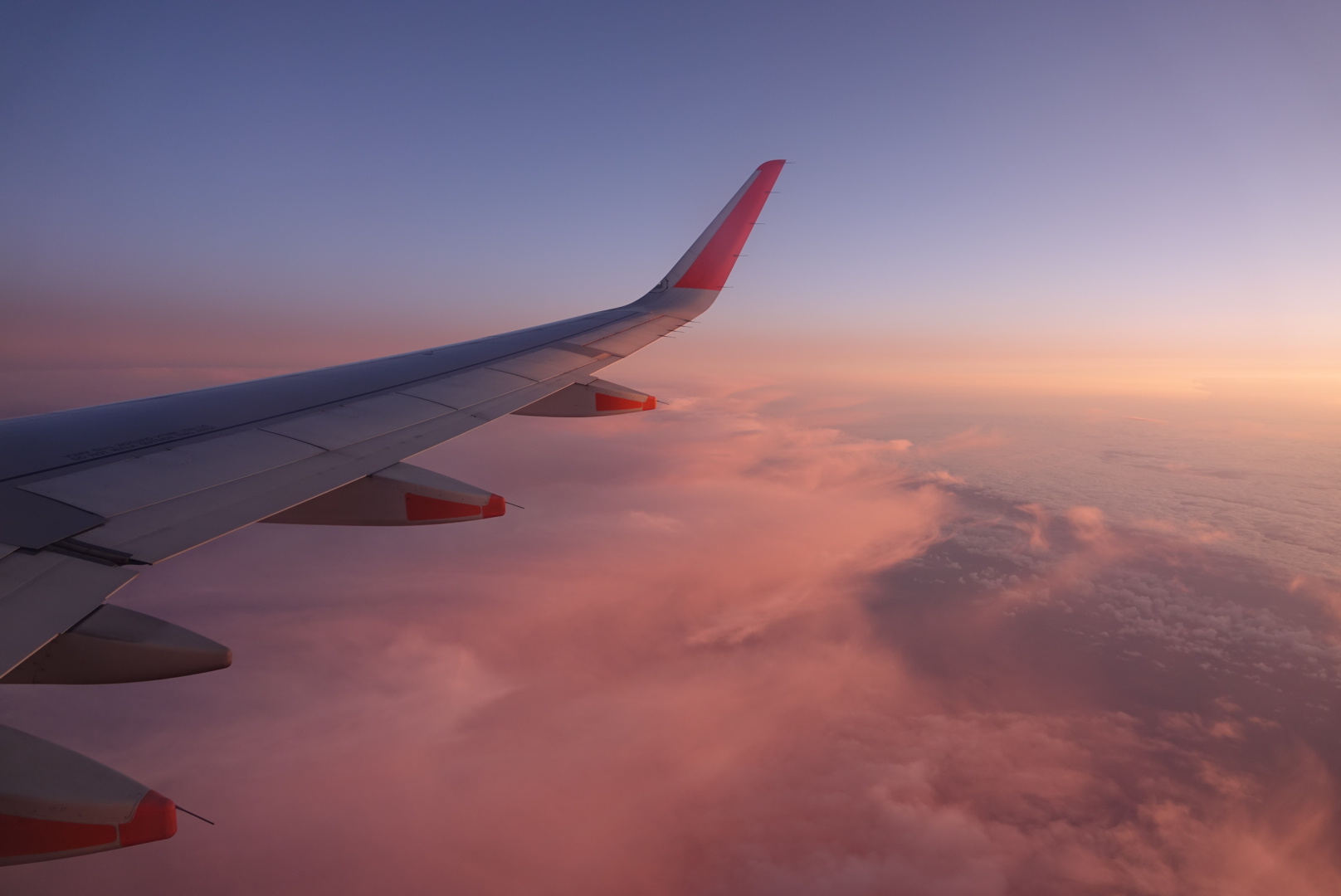 Cook islands is a remote archipelago in the Pacific Ocean, located between French Polynesia to the East and Niue, Tonga or Samoa to the West. Its 15 islands are scattered over an area of more than 2 millons of km², while the total land area is only 240km²! Cook is one of the smallest country in the world! 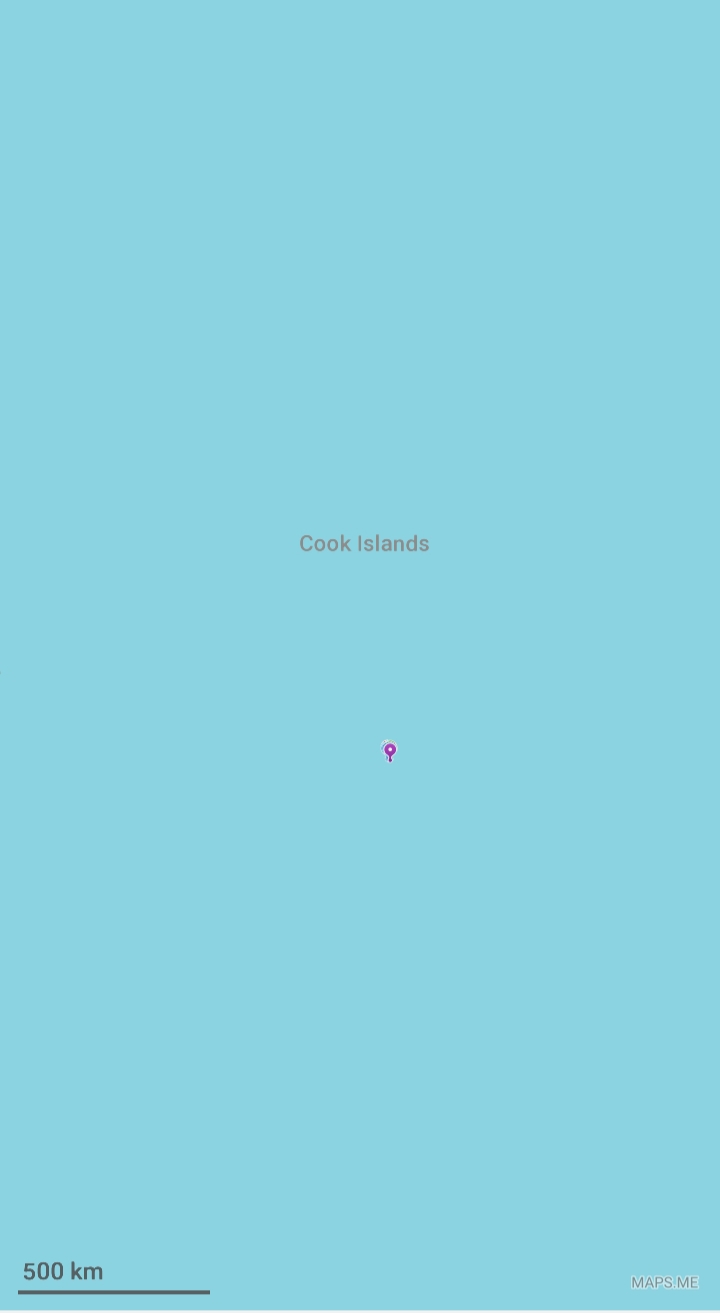 a small dot in the Ocean…

We visited the biggest island: Rarotonga, which has a circumference of 32km only! It’s also the most populated island: 13000 people out of 15000. A funny fact is that most Cook islanders live abroad, they are approximately 60000 in New Zealand!!! They are from Polinesian origins and speak English and Cook island maori. Avarua, the capital, is in the north and that’s where you find the biggest shops, supermarkets, banks and services.
The best season is the dry season from may to october, it’s also the busiest and the rainy season is from december to march. But we were in february and most days were sunny. 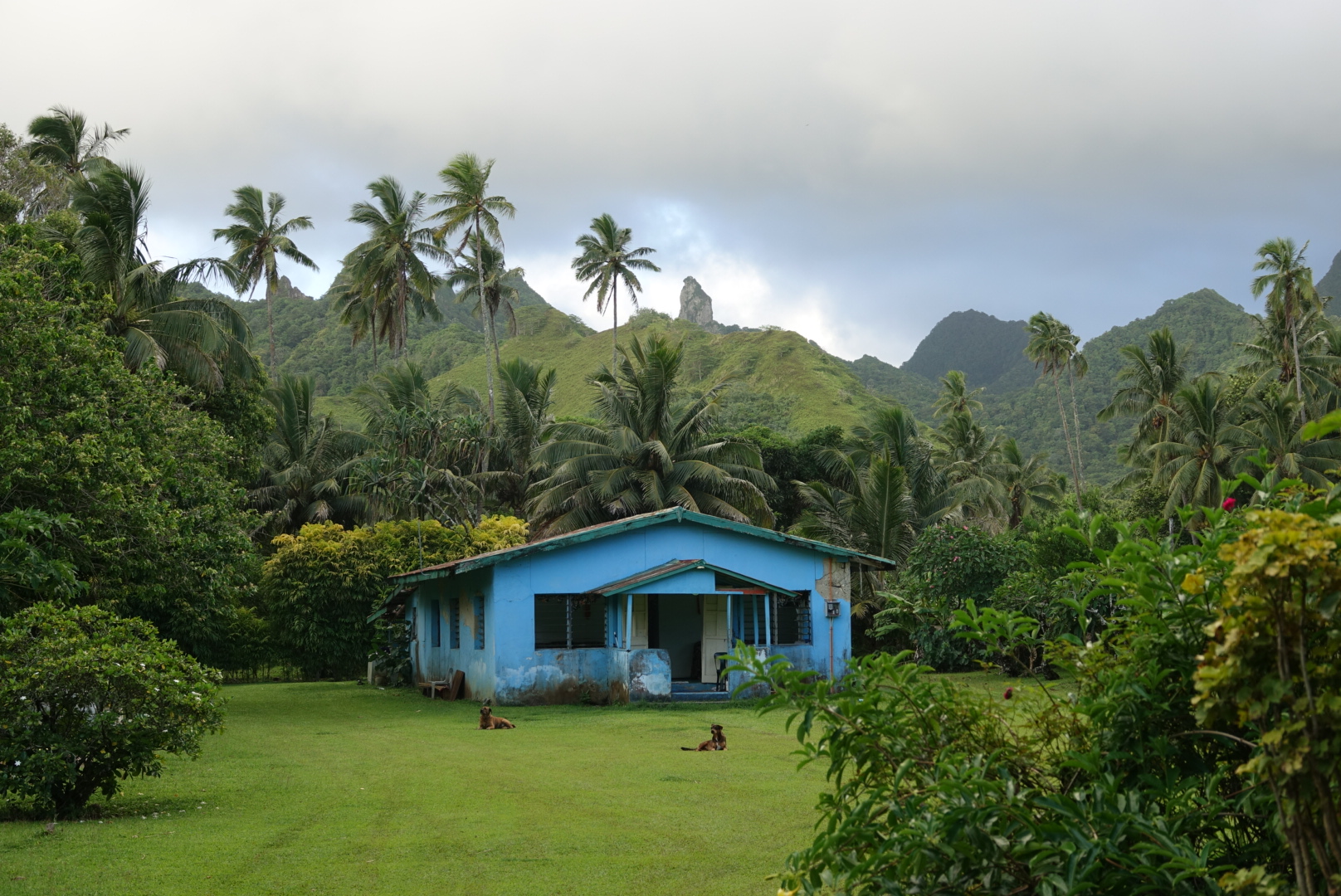 Cook is an independant country in free association with New Zealand. They use NZ dollars but they issue also their own coins and a 3-dollar note!

We found an airbnb flat with fully-equipped kitchen for a reasonable price. We went to Avarua supermarket but choices of goods are a bit limited…
We rent bicycles to go around and it gave us freedom too. We took them almost every day (12nzd/day). A bus in each direction (clockwise and anticlockwise) passes every hour. Otherwise, you can hitchhike, it’s safe and generally fast to be picked up.
Wifi is non existent in public places so you’ll need to purchase a voucher in any vodafone shop (airport during daytime, Muri beach and Avarua)
if you need it. Be careful as “GBs” expire quickly. 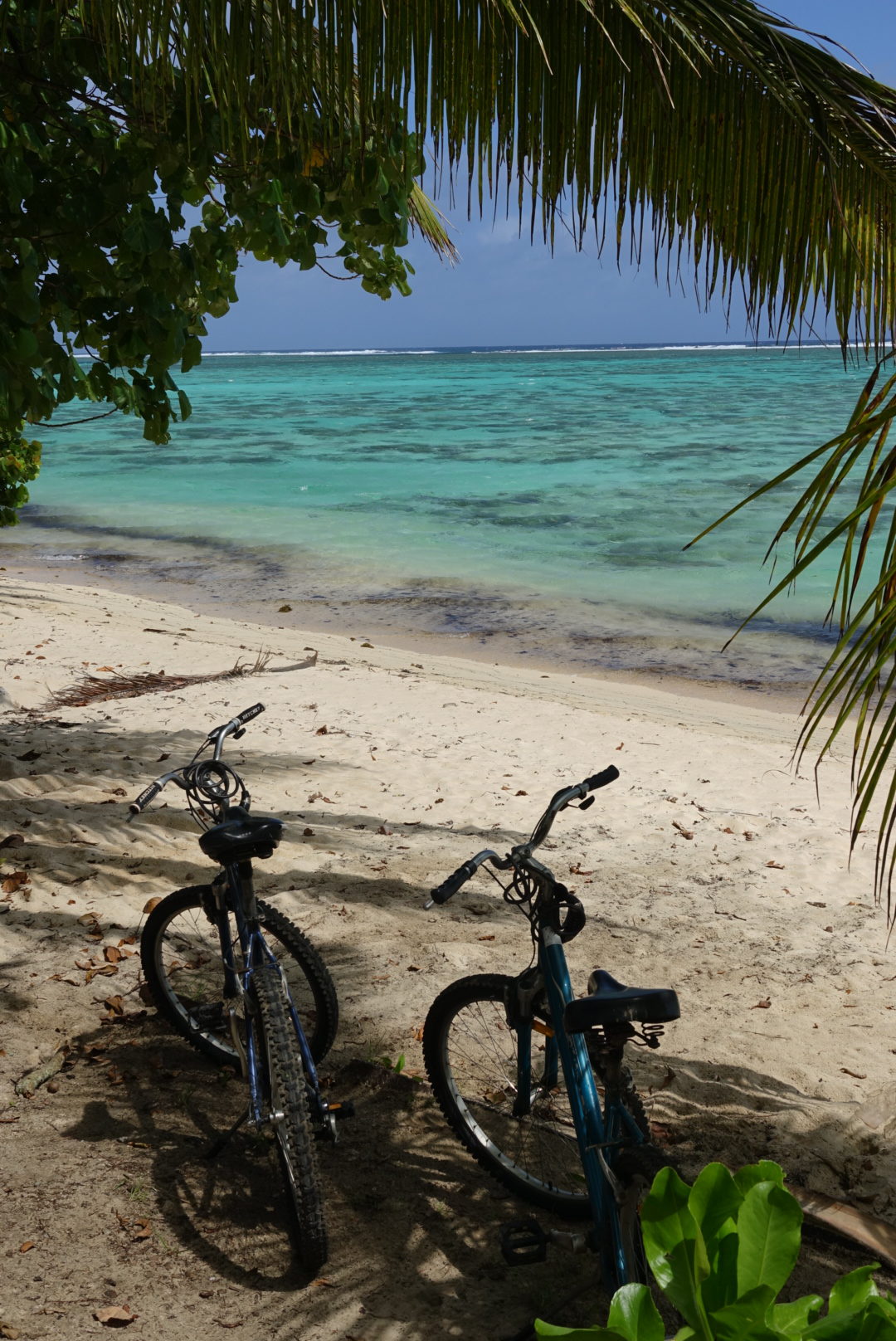 What to do and see?

Wigmore waterfall, in the south, small waterfall close to the main road, but it was closed to public as they were doing some works on the road.

Night food market of Muri beach: every sundays, tuesdays, wednesdays and thursdays from 5 to 9pm. We found good local dishes as well as not so local food. Our best pick is a raw fish in coconut and vegetables dish! In Rarotonga, we didn’t find many restaurants and most of them have “fast food” pizza and burgers food. So we were happy to have our own kitchen in the flat. Cook has actually one of the highest obesity rate in the world: more than 50% of the people are obese! 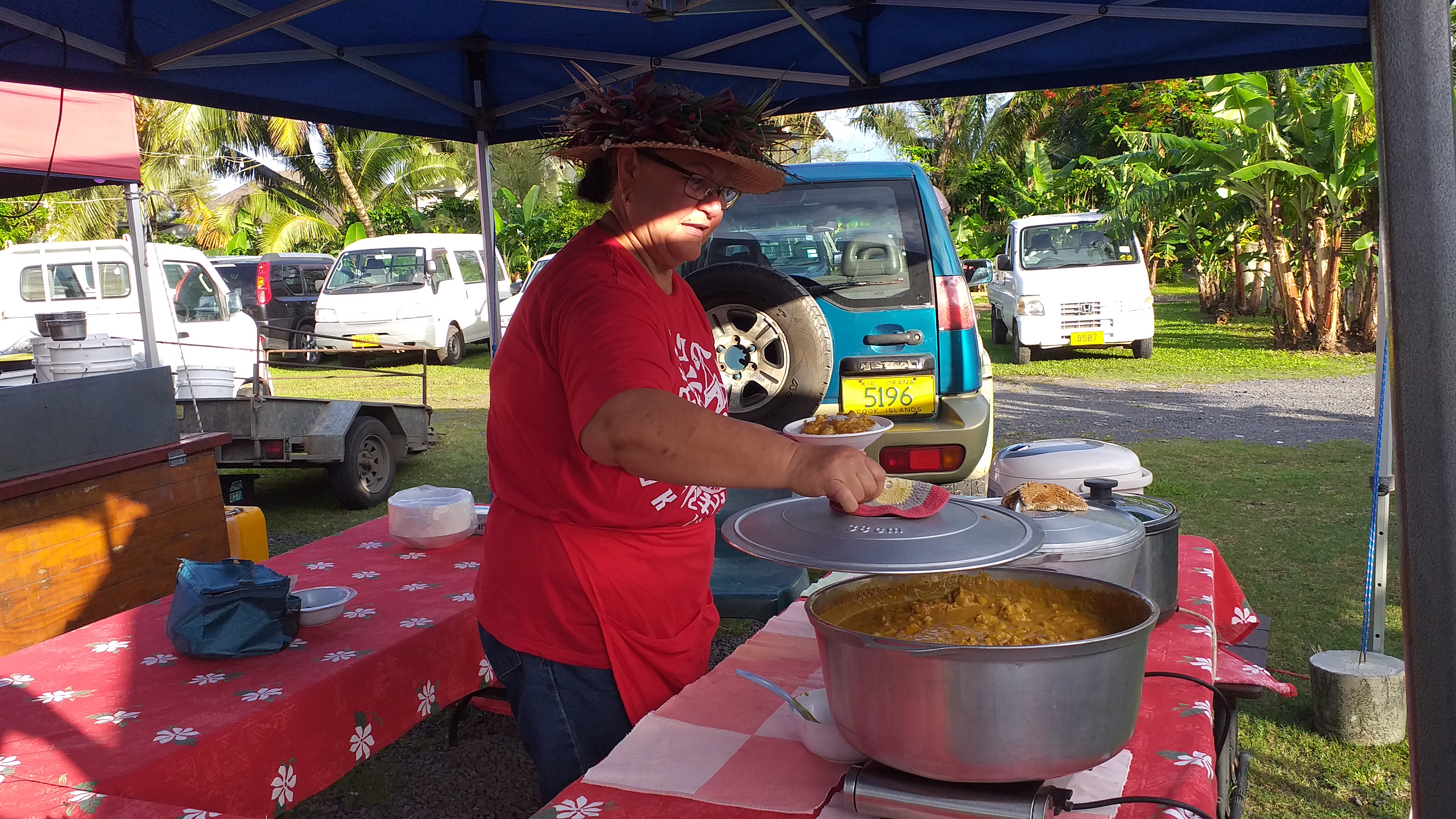 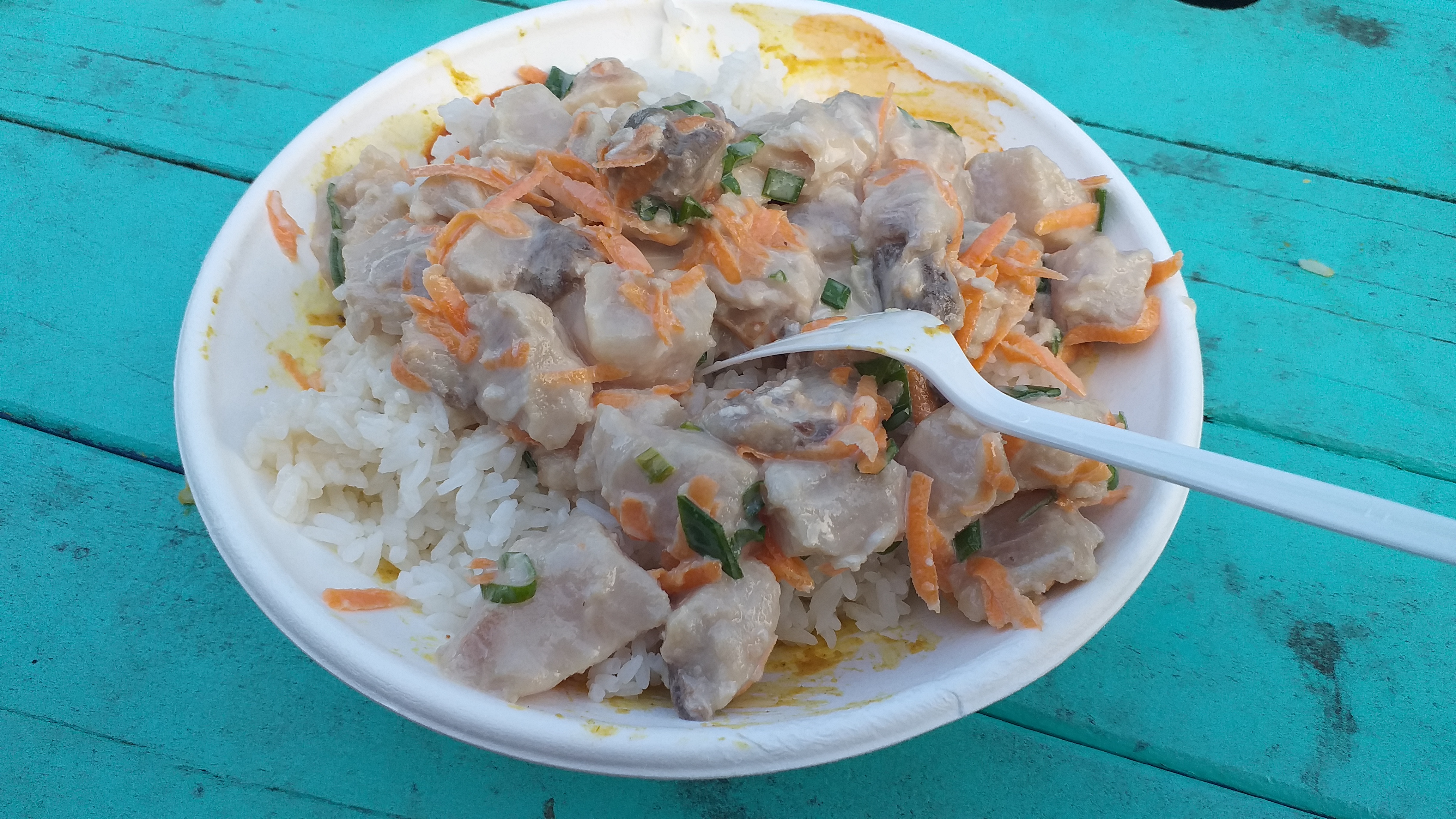 The Needle: you can hike to this rocky pinnacle in the middle of the island walking in the forest on a sign-posted path, often muddy especially if it rained the previous day. The walk starts from the north of Rarotonga. It’s a good hiking opportunity in this tiny island. It’s not a difficult walk, going up a little bit. The last section is more adventurous and a bit steeper but very short. At the top you can see all around the dense and lush forest and a patch of beach further south.

Beaches: Muri beach, South of the island beaches: choose your own, in low season, you’ll be alone! Black rocks beach, close to the airport. We did some snorkel swimming from the beach but we were very disappointed.. we also saw a boat with tourists who were feeding the fishes… 🙁

A popular excursion is to go to Aitutaki, another island of the Cook. It’s surrended by a coral reef lagoon and turquoise water. But prices for flights between islands are sooo expensive that we decided to stay in Rarotonga. Cargo boats also take passengers but it’s difficult to know exactly when they are leaving and where to. Furthermore, hotels are more expensive on smaller islands. 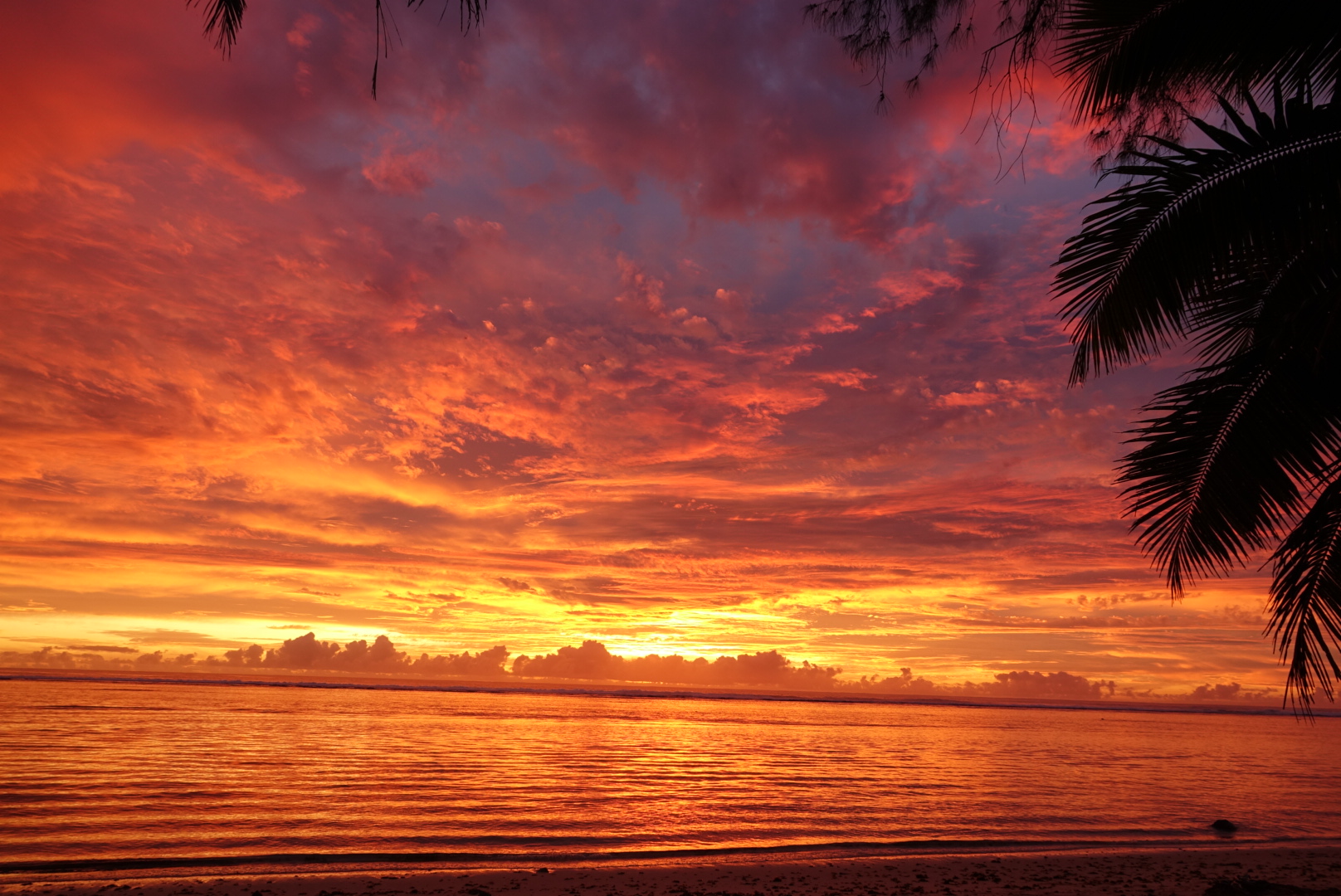 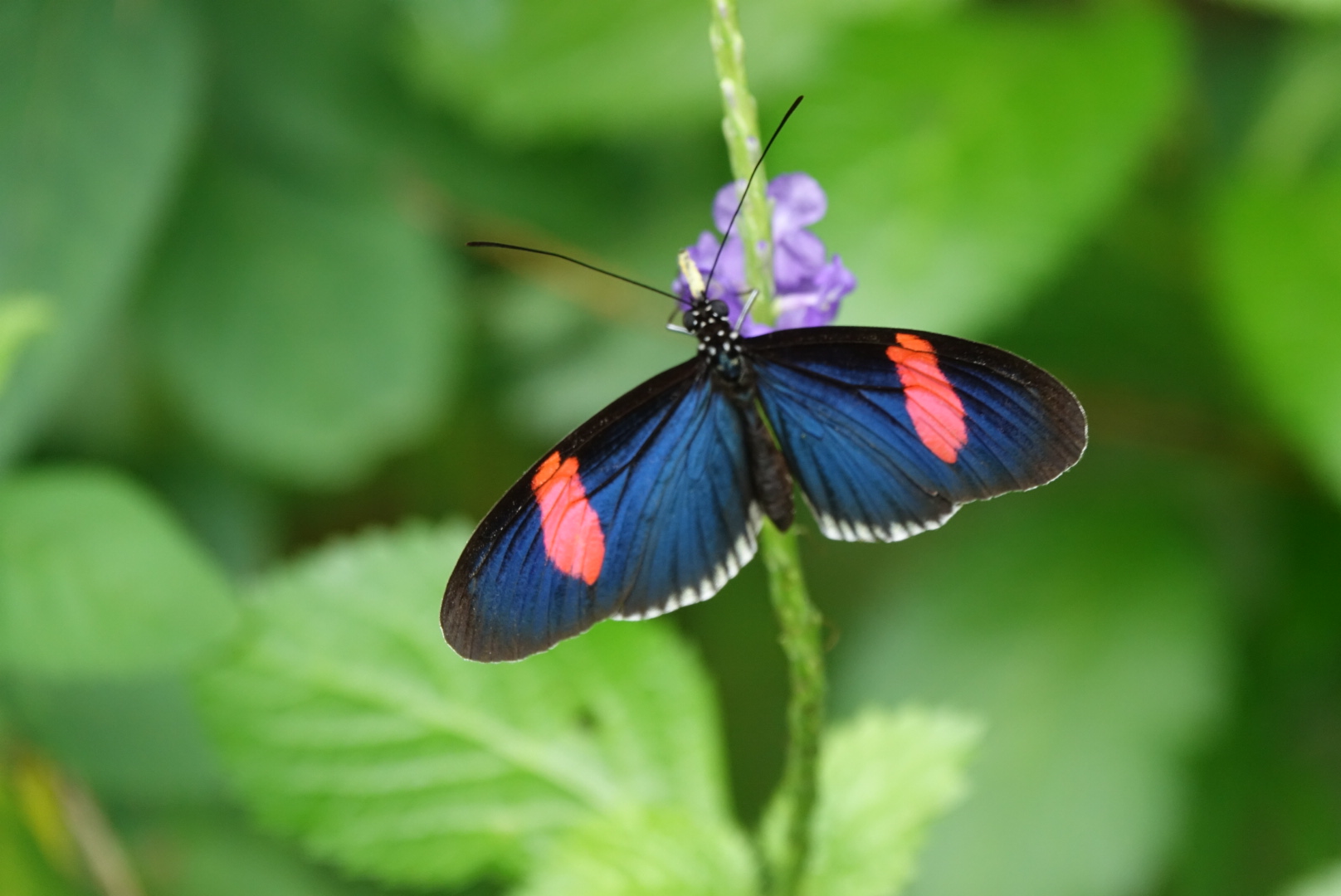 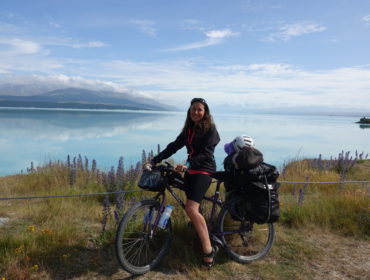 CYCLING IN SUDAN: ITINERARY AND PICTURES OF A BEAUTIFUL COUNTRY 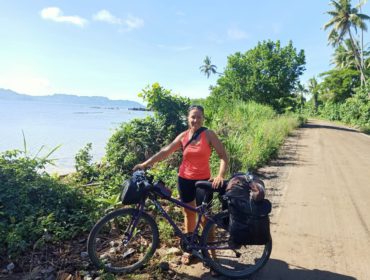